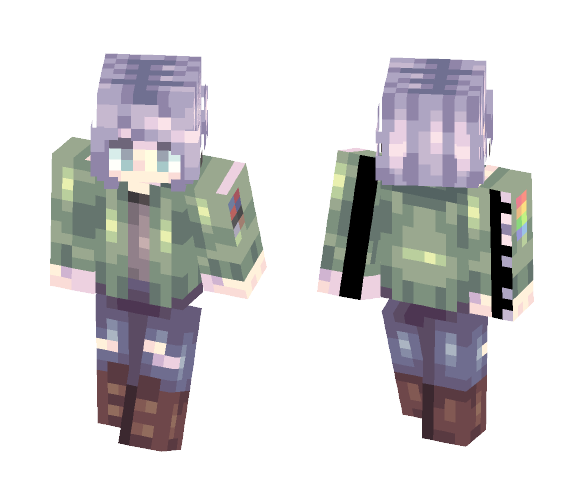 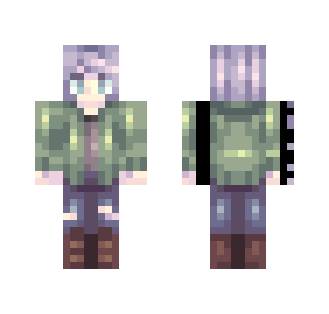 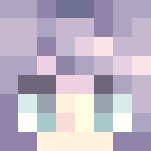 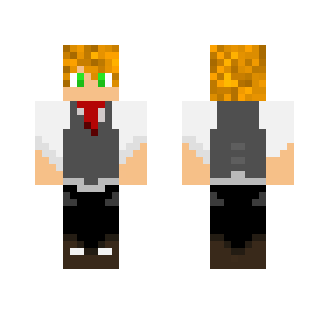 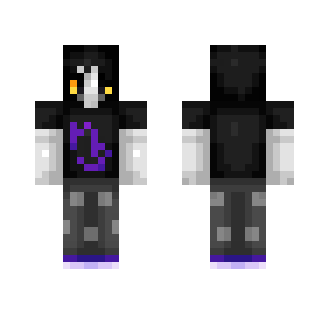 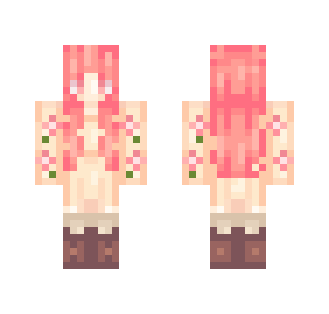 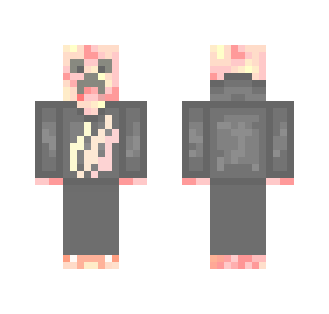 Song title : https://www.youtube.com/watch?v=PwRlsyK_G2A I'll try to post every friday until September, let's see how well that goes =_= Anyways, this is my main oc! If you are to make fanart/fanskins (I doubt it), please make it of this character! You don't have to make this character if it's a trade though, I don't want to force creative boundaries on people. the patches on his right are flowers, a star and a gay pride badge, the ones on his left are the NASA insignia and an Apollo 11 badge Character Info!! (there's more but this is all I'll put)Name: Wyeth (I didn't give him a last name pfT) Age: 17 (Student) Gender: Demifluid (half boy, half not really anything. basically a demiboy) Orientation: Demisexual (Grey-A to Sexual); Panromantic Pronouns: perfers he/they but will take she Likes: His boyf ;))), Stargazing, Hiking, Running, Exploring, Nature, Drawing, Painting, Photography, and Indie Folk music Dislikes: Dysphoria, LGBT+phobia, upsetting people who are rly nice, being unproductive, and more annoying people >:c Interesting/Random Facts: -his eyes change color according to his mood (this is a real thing that happens aAAh) -he doesn't mind if you don't accept LGBT but can not tolerate discrimination and disrespect because of it -has bipolar mood swings -and anxiety and social anxiety -he once walked behind a slow person at school and was afraid to pass them and it just made him angry -he dyes his hair a lot ((my excuse for inconsistent designs) -wears the same green jacket a lot -covers his backpack and jackets with patches (details above) Visual Reference hey don't steal/trace/repost thAnks