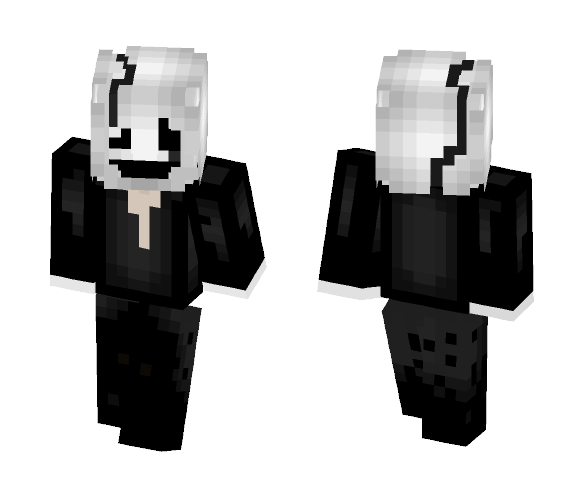 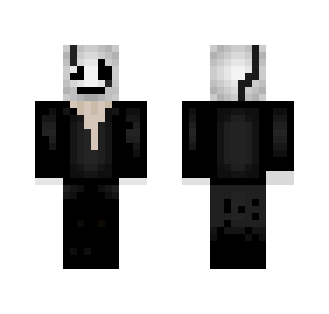 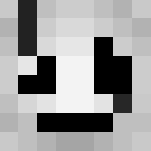 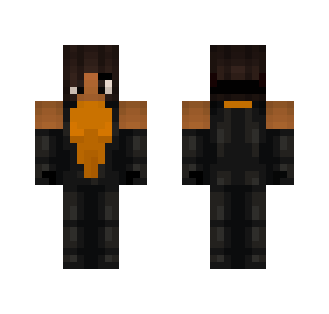 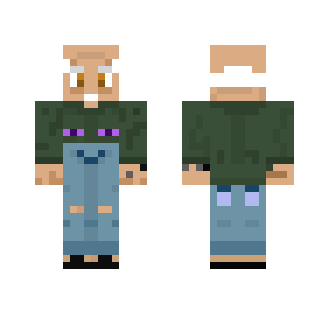 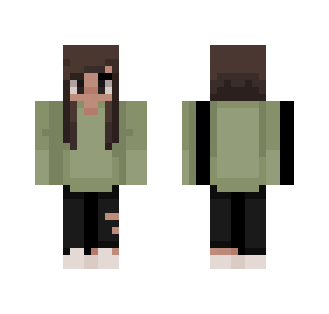 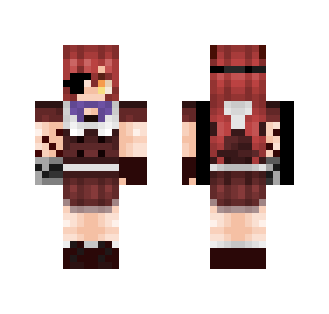 W. D. Gaster was the royal scientist before Alphys, responsible for creating the CORE. Gaster's Followers relay different explanations as to what happened to Gaster. One iteration says that he "fell into his creation," another says that "his experiments went wrong," and the last says that he "shattered across space and time." Characters such as the River Person and Gaster's Followers hint at his existence. Similar to Sans and Papyrus, he speaks in a typeface different from other characters. ProfileAppearance W. D. Gaster does not have an officially known form, but there are several rooms and unused assets found in Waterfall that point to what he may have looked like. Room 268 and 269 Surprised Gaster. In Room 269 (room_mysteryman), a figure widely believed to be Gaster can be found. The figure is black and white with a distorted, cracked face. Unlike every other NPC, they have no collision physics, and approaching them will cause them to react in surprise and vanish while a sound effect plays. This room can be accessed when the game's "fun" value is set to 66. In this scenario, Room 268 (room_water_fakehallway), a hallway with a gray door, appears between Room 94 (room_water_savepoint1) and Room 95 (room_water11), the rooms with the crystallized cheese and Sans's telescope, respectively. The door in this hallway leads to Room 269. Once the protagonist leaves Room 269 back into Room 268, the door disappears from the corridor, though it is possible to exit the room and trigger the door's reappearance, as the fun values do not reset until the protagonist leaves the hall. The corridor itself becomes inaccessible once the protagonist leaves it and all values drop to 0. Upon attempting to call someone using the Cell Phone in either of these rooms, only the message "There's no response.." appears. Room 123 Room 123 (room_water_prebird) is a removed corridor with tall grass that is presumed to connect Room 99 (room_water_bird), where the bird that carries the protagonist over a disproportionately small gap is located, and Room 116 (room_water_friendlyhub), where the six-way fork in Waterfall is. The characters in this area mention that this corridor is a bug catching spot. Room 123 An unknown character on the left side of the tall grass mentions that "there is somebody with a creepy smile behind you." The unseen character presumably disappears after the dialogue is triggered. The character with the "creepy smile" is possibly the Mystery Man seen in Room 269 which may be Gaster. However, it can also be Flowey (who follows the protagonist throughout the game), Sans, or even the fallen human. Room 272 Room 272 Room 272 is black and has a ghostly figure in the middle of it that becomes less transparent as the protagonist approaches. If the protagonist attempts a conversation with the NPC, it returns "*[redacted]*" in lowercase Wingdings, which implies that a conversation was planned here but was removed for security purposes.[1] Exiting Room 272 leads to the Sound Test Room, where the protagonist can listen to four songs including Gaster's Theme. All but one of the songs can be played and switched amongst each other. Upon playing Gaster's Theme, the other three songs are unable to be played again even if the player tries to do so. After Gaster's Theme is concluded, the text "Thanks for your feedback! Be seeing you soon!" will be displayed and either the game will crash, or the protagonist will be put in the room with the fishing pole in Snowdin, suggesting this room was intended to be focused on Gaster. To access this room and avoid the Annoying Dog screens, a hexadecimal editor needs to be used to change the "Dogcheck" value.[2] The Stable Inside the game's files are strings of text that implicate a stable was planned to be put into the game. In said stable, there is a trash can where a key can be found. If the key is brought to the horse stable, the same figure from Room 272 appears and says "* x" in Wingdings. Main StoryWrong Number Song The room in north Snowdin Town where the Wrong Number Song occurs. In Room 70 (room_tundra_dock), the northernmost part of Snowdin, the protagonist's Cell Phone may randomly receive a call. The phone call begins asking for somebody whose name starts with the letter "G." The caller then recognizes that they dialed the wrong number, and proceeds to sing the Wrong Number Song. This phone call is presumed to be for Gaster, but it could be for Gerson, Glyde, Gyftrot, Grandpa Semi, or Grillby instead. This event only happens when "fun" values in the game fall into a specific range. There is a known glitch with the Wrong Number Song where the avatar of whoever the protagonist spoke to last will show up as the ID of the call. Room 264 Entry Number Seventeen In Room 264 (room_gaster), the text below is displayed in uppercase Wingdings. This text is believed to be the seventeenth entry from the True Lab that cannot be accessed. Room 264 is only accessible through SAVE manipulation or debug mode, and it immediately precedes the generator room in the True Lab.